The business section of Sunday’s Los Angeles Times featured an article called “Time to prepare your will”.  Discussing the importance of estate planning, the article included quotes from both of us.  Here’s a few selections from the article:

That’s because estate taxes that could allow Uncle Sam to nab up to 45% of your bequeathed assets are currently — and very temporarily — kaput.

A decade-long phase-out of the estate tax eliminated the tax completely as of January. The catch: If nothing’s done, estate taxes will boomerang back to historic

Brittany Murphy Estate: she did update her estate plan, after all

Actress Brittany Murphy died tragically at age 32 a few months ago.  Within a day of her passing, celebrity website TMZ reported that Murphy failed to update her will after her marriage to Simon Monjack, her husband of 2 1/2 years.  Instead, her will left everything to her mother.  The Probate Lawyer Blog’s article about it reminded people that updating wills and trusts after important life changes, like a marriage, is very important . . .  even for 32-year olds. 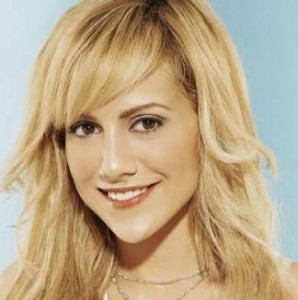 TMZ is now reporting that, according to Monjack, the story wasn’t entirely accurate.  While she did have a prior handwritten will naming her mother as her beneficiary, Murphy did update her estate plan after her marriage, complete with a will and trust.  Monjack said he asked Murphy to include a provision stating “I am married to Simon Monjack who I have intentionally left out of this will.”

That provision was important because, without it, Monjack may still have inherited some of her assets as a “pretermitted spouse”.  By specifically mentioning

They were all celebrities, they’re no longer among the living, and they all can teach us a lesson.

At least according to husband and wife legacy expert attorneys Andrew W. Mayoras and Danielle B. Mayoras, authors of “Trial & Heirs: Famous Fortune Fights!” The book dishes out drama using celebrity cases to highlight the importance of proper estate planning.

The Mayorases compiled and researched these high-profile celebrity cases with Danielle, who specializes in estate planning education, taking on the title of “Queen of Heirs” while Andrew used his probate litigation experience as “King of Trials.”

Satisfying readers’ voyeuristic side with the engaging stories of celebrity heir in-fighting isn’t the book’s only draw.

Featured on The Rachael Ray Show, WGN Chicago, and Forbes.com, “Trial & Heirs” can be utilized by those seeking to spark the