Gary Coleman’s Estate: Court Rules Against His Ex, Finds She Abused And Cheated On Him 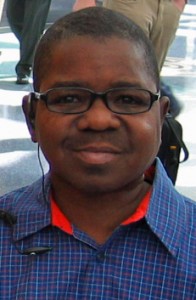 By all accounts, actor Gary Coleman had a difficult life after his days as the childhood star of Diff’rent Strokes.  He was estranged from his parents and died — nearly broke — at the age of 42.  While he was married at one time, he said in a TV interview that he remained a virgin, even after his marriage.  So what kind of marriage was it?

Not a very happy one, according to a Utah judge who recently issued a ruling to decide who gets to administer, and ultimately inherit, what little constitutes Gary Coleman’s Estate.  The lawsuit pitted Gary Coleman’s ex-wife, Shannon Price — who said she actually was still his wife until he died — against Coleman’s friend and former head of his corporation, Anna Gray.

In 2005, Gary Coleman signed a will naming Gray as his executor and beneficiary.  But Coleman married Price in 2007, and then signed a handwritten codicil to the will (“codicil” means amendment to a will) in Read more...