MarketWatch.com recently featured an interesting article about the benefits that families gain by having the estate planning conversation early.  Not only does it improve family relationships, it helps sets the stage and prepares family members for facing the difficult issues caused by a loved one who ages or passes away.

The article noted how a UBS Wealth Management study recently found that only 43% of affluent Americans felt that having this conversation with their heirs was a pressing issue.  That’s surprising because experts predict that between now and the year 2050, the largest wealth transfer in U.S. history will occur:  a whopping 30 trillion dollars.

The problem is that having this conversation is seldom easy.  Who wants to sit around talking about legal and financial planning for when someone dies or becomes incapacitated?  Most family members are too busy with the stress of their daily work and personal routines to worry about talking to loved ones about death and dying.

While the MarketWatch article includes a couple suggestions, there is Read more... 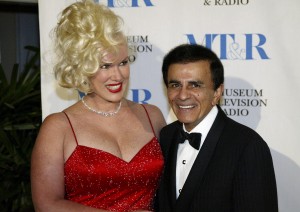 Things became ugly when Casey Kasem’s health deteriorated, especially during the last year of his life.  Casey’s children, other family members, and friends protested in the street when Read more...