Sir Mick took a beating in the media last week when a lawsuit that he had hoped to keep quiet became very public.  That is what often happens with lawsuits involving those in the public eye, especially in this digital age. In many courts across the country — federal courts especially, but more and more probate and other states courts too — anyone who knows how to track down the electronic court records and is willing to pay a small cost can read all the juicy details about court battles from the comforts Read more...

Celebrity Legacies: Kurt Cobain Estate At The Heart Of 20 Years Of Fighting

It has been more than twenty years since Kurt Cobain, the lead singer of Nirvana, died from a shotgun blast to his head, at age 27. His talent, passion, and creativity launched a new movement for not only rock music, but American culture itself. 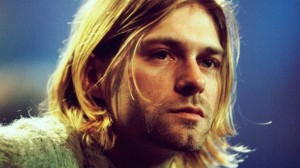 Cobain was a game-changer who burned too bright — brighter than he could handle.   Kurt Cobain suicide note summarized it well:  “I don’t have the passion anymore, and so remember, it’s better to burn out than to fade away.”

Cobain’s death may have epitomized the burning out of a flame that grew too hot, but it sparked something else — court fights and ugly battles over his legacy that continued for almost 20 years.

This is installment #7 of our Estate Planning Lessons From The Stars series, which is based on the Celebrity Legacies TV show for which we provide commentary as the estate legal experts.  See other articles in the series here.

His widow, Courtney Love, has been Read more...