It began with an anonymous court filing pitting “John Doe” against “Jane Doe.”  It didn’t take long for Jane and John to be identified publicly as Modern Family‘s Sofia Vergara and creator of the Onion Crunch, Nick Loeb.  Formerly engaged to be married, the ex-couple now is heading to court battling against each other over what could be a drawn-out debate involving the fundamental question:  When does life begin? 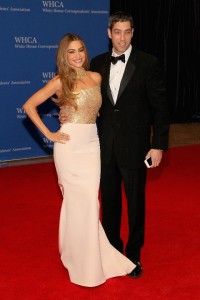 Loeb’s attorney vows that he is committed to the battle, which may become “the first test case for Pro-Parenthood.”  Vergara seeks to defend her honor and wants nothing more to do with her ex.  Her lawyer said Loeb’s claims are “uncredible and hold no merit.”

What’s at stake?  Control over two female frozen embryos, held in a Beverly Hills fertility center.  When Sofia Vergara and Nick Loeb were engaged, they decided to use in vitro fertilization and a gestational surrogate to have a baby.  Their first efforts failed when two prior embryos did not successfully implant in the Read more...

There’s nothing like a hit song to keep heirs dancing down the road to the bank — even when that song wasn’t written, composed, or sung by the celebrity singer who died.

The heirs of Marvin Gaye hit it big with a judgment against Robin Thicke and Pharrell Williams for copyright infringement based on their chart-topping song Blurred Lines … but will the victory stand up on appeal?  And what exactly does this mean for the Marvin Gaye Estate?

This is installment #13 of our Estate Planning Lessons From The Stars series, which is based on the Celebrity Legacies TV show for which we provide commentary as the estate legal experts. See other articles in the series here.

The Court Gets Involved With Marvin Gaye’s Estate

Marvin Gaye’s life ended in tragedy. Then the courts got involved.

Posted by ReelzChannel on Wednesday, April 1, 2015

Marvin Gaye was shot and killed by his own father in 1984, at only 44 years of age.  He left behind a golden Read more...