Bill Davidson, the late owner of the Detroit Pistons, Tampa Bay Lightning, and Guardian Industries — one of the country’s largest private companies — had a reputation for being aggressive.  The Pistons aggressively built two championship teams under his watch and was inducted into the NBA’s Hall of Fame in 2008.  His businesses thrived through his management.  But the IRS now says Bill Davidson was too aggressive in his tax-reducing estate planning techniques. 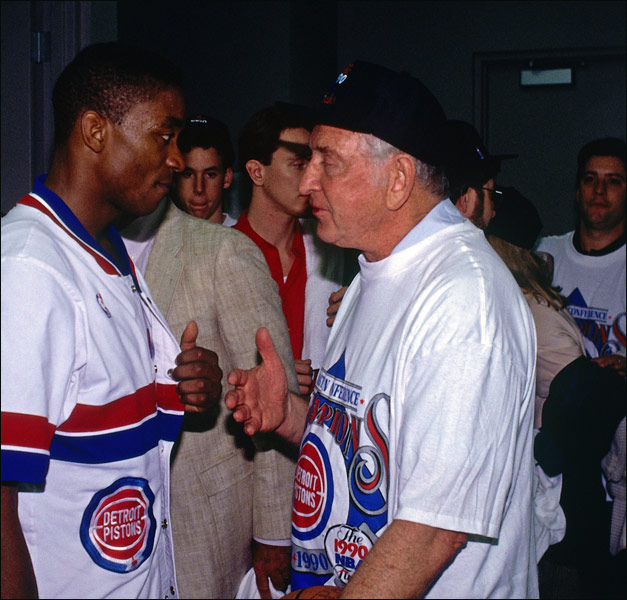 The IRS recently filed a petition in US Tax Court in Washington, D.C., claiming that Bill Davidson Estate owes up to two billion dollars in taxes.  Yes, that’s two Billion — with a capital “B”.  How could any individual rack up such a large tax bill?

Davidson, like many wealthy people who worry about estate taxes, gave away assets through gifts, trusts, and other transfers to his wife and other family members.  The IRS says that he undervalued the worth of these assets.  They feel his reported net worth of around $3 billion was really much higher — perhaps in the neighborhood of the $5.5 billion figure that Forbes reported his new worth to be in 2008.

They also feel that Bill Davidson used some fuzzy math while employing other techniques, such as selling assets to family members based on payment schedule that included a provision canceling the payments when he died.  This method — called Self Cancelling Installment Notes, or SCIN’s — is perfectly legal, but the IRS says Davidson didn’t properly calculate his life expectancy, causing his family members to pay much less than fair market value.

Indeed, most of the dispute comes down to value.  How much was the stock of Guardian Industries, for example, really worth?  The Bill Davidson Estate believes it fully paid all taxes owed and the calculations were proper, because the values for various assets the Estate reported to the IRS were accurate.  In fact, the Estate feels that the IRS is the one being over-aggressive, not Davidson and his tax advisers.  With $2 billion on the line, would anyone expect the IRS to do otherwise?

So what does this mean for those of us who don’t have billions of dollars?  For most people, nothing.  The estate tax level for 2013 is $5.25 million — up from the $3.5 million level in 2009, when Davidson passed.  Those with significant estate values, including family-owned businesses with substantial worth, may run into tax issues, like Bill Davidson did — only with less dollars on the line.

But anyone with a family-owned business worth several million or more could run into the same IRS troubles, if the person who passes away gives away stock (or other assets) at values which the IRS believes are too low.  Determining the true value of a family-owned business is never a clear cut task; rather, what the family says it’s worth and what the IRS says can be two vastly different things.

It will be interesting to see how the Bill Davidson Estate vs. the IRS ends up — if for no other reason than to imagine what it would be like to worry about passing billions of dollars worth of assets to heirs would feel like.

If you want to learn more about this dispute, read this article from the Detroit Free Press about it.  Or you can watch Channel 4 News’ report on the case, shown above, featuring an interview with Andy Mayoras.

Interestingly, this isn’t the only estate battle surrounding the Bill Davidson Estate.  His wife and other heirs are not only fighting the IRS, but each other as well, as they battle for control of his charitable foundation.  Davidson’s son-in-law, Jonathan Aaron, is trying to break up the foundation into two parts.  He brought suit in probate court alleging that he, Karen Davidson (Bill’s widow), and two Davidson children cannot agree how to manage the foundation together.  The case is presently on appeal over a jurisdictional issue, as the family fights over whether the dispute should be heard in Michigan or Delaware.

As if facing a $2 billion tax bill wasn’t enough!