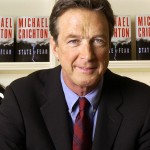 Sherri’s attorneys issued a press release to publicly criticize Taylor’s legal maneuvering.  They pointed out that it is not a breach of fiduciary duty for someone to serve both as trustee and beneficiary at the same time (which does happen regularly).  The press release also addresses how Sherri filed to allow her son to be included as an heir, despite language of Crichton’s will disinheriting any children born after his will was written.  It sure seems like how much the 8-month old baby gets will be one of the central issues fought over in this new legal battle.

Fighting over control of estates and trusts doesn’t just happen to the wealthy.  In fact, they are partcularly common in second-marriage situations (or fifth-marriage situations like Crichton’s).  That’s why doing the proper estate planning is extra important for those families.

It’s crucial for people who are worried about their spouses and children fighting to think long and hard about appointing a neutral trustee and estate executor, to help avoid disputes like this one.  That’s just what Senator Ted Kennedy did (as recently revealed when his will was publicized).

To learn more about Senator Kennedy’s choice — and why he should be commended for making it — along with other ways to help your family avoid a fight, keep an eye out for Trial & Heirs:  Famous Fortune Fights!, which is coming out in a few weeks.