Not many people — even celebrities — can claim a record as impressive as the Kim Kardashian divorce with Kris Humphries.  The marriage:  72 days.  The divorce:  536 days.  But, it’s finally over. 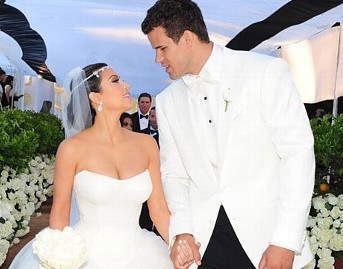 And according to reports, it was Kris Humphries who caved at the last minute to settle the case, just weeks ahead of the May 6 trial date.  Per TMZ, Humphries had been demanding either an annulment based on fraud or a $7 million pay-out.

So why the change of heart for Humphries?  For one, it’s seldom easy to prove a case of fraud in court.  It’s easy to claim fraud, but in divorce, civil, and probate cases alike, actually finding the goods to prove fraud is not easy.  Humphries’ lawyers tried, conducting many depositions and digging through extensive records.  Reportedly, they did not find enough proof that Kim Kardashian tricked Humphries into the marriage or staged it only for publicity.

ABC News published an interesting story about a key deposition from the case.  A producer for the Kardashian reality shows, Russell Jay, was deposed in the case.  Under oath, he answered questions about how parts of the show were staged and re-shot to appear better for television.  Among those was the moment of the big proposal.

Reportedly, Kardashian was so surprised by Humphries popping the question that she was too stunned to give a reaction that she felt was camera-worthy.  So they re-shot the scene a second time to better capture her surprise.

Does this make Kardashian and her reality show look bad?  Sure.  Does it prove fraud?  Quite the opposite.

If Kardashain tricked Humphries into proposing or set up the marriage as a publicity stunt, then why wouldn’t she have been ready for the big moment on camera?  It sure sounds like Humphries was the one who surprised her.

While this is but one moment from a long discovery process during the year-and-a-half long divorce proceeding, it is telling.  It was up to the attorneys representing Humphries to find compelling evidence of fraud.  Clearly, if they had found it, Humphries wouldn’t have dropped both his demand for an annulment and a large cash pay-out.

He clearly wouldn’t have walked away with nothing, as TMZ reports that he did.

This is a good lesson for anyone going through a lawsuit, be in it divorce court, probate court, or otherwise.  Suspecting fraud and proving fraud are two very different things.  Trying to do so can be very expensive.

Cases based on fraud are very common in probate court.  For example, many people suspect a will or trust was signed because of undue influence or fraud — meaning that someone wouldn’t have signed the document except for the wrongdoing of someone else who wanted to benefit by it.  While these cases are common, they are rarely easy.

If you or someone you know wants to sue to claim that a will or trust were procured by fraud, be ready for a long, expensive and likely difficult fight.  Sure there are cases of with the proverbial smoking gun, but those cases are the exception not the rule.

If you suspect a case of fraud in connection with a will, trust, estate, or even a divorce, you should consult with an experienced probate litigation attorney, or a family law attorney, and find out what options you have.  Never enter into a case like alleging fraud lightly.

Kris Humphries certainly regrets he did — now that he walks away with nothing but a legal bill that is reportedly more than $300,000.  Certainly, it could have come out differently if the depositions and documents painted a different picture.  But not many people can afford the high cost to find out, like Kris Humphries.