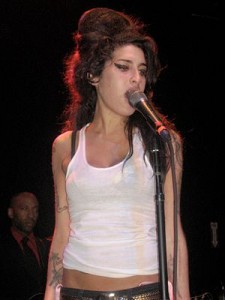 As two lawyers who have written about celebrity estates for years and hosted the national television special Trial and Heirs: Protect Your Family Fortune! on PBS affiliates, we’ve noticed that stars often make the same big estate planning mistakes as people with very modest assets. It’s just the dollar amounts that differ.

Learn from their goofs and avoid repeating them yourself. That way, you’ll protect your loved ones and be sure your inheritance wishes are carried out.

These are the top four estate planning mistakes made by celebs — errors you’ll want to avoid:

1. No will. Most of us naturally want to be sure our assets are distributed properly after we pass away, so it’s surprising that almost two-thirds of adults don’t even have simple wills. Whether you have millions of dollars or just a modest estate, estate planning is critical — starting with a will.

Unfortunately for the family of Amy Winehouse, the singer didn’t have a will when she unexpectedly passed away at age 27, leaving behind a $6.7 million estate.

Did Winehouse want her brother to receive something? Did she want to leave some money to her ex-husband or a particular charity? No one will ever know. Her entire estate was passed on to her parents because Winehouse died without a will.

Remember: if you don’t have a will, the laws of your state will determine who receives your assets after you die. So if you’ve never gotten around to drafting a will, do it — now!

2. Failure to set up a trust. Would you want anyone to be able to look up how much money you had and who you left it to after you died? Probably not. But that’s exactly what can happen if you only have a will — by law, a public document — and not a living trust.

Superstar Whitney Houston didn’t have a living trust. As a result, instead of her last wishes remaining private, Houston’s will was filed in probate court for all the world to see.

To keep your estate plans private, establish a living trust. This legal document spells out who is entitled to your assets and how they’ll receive it, but it doesn’t need to go through the public eye of probate court (and it will avoid the time and expense involved with going through probate). A living trust also offers some estate-tax benefits by letting you use the full federal estate-tax exemption.

3. Neglecting to update estate plans. Having a will or a trust is great — if it reflects your current wishes. Forgetting to amend these documents after a significant event — when your marital status changes, for example, or there’s a new addition to the family — could leave someone you love empty-handed. You know the phrase “last will and testament?” It’s critically important that the “last” one is the right one.

Michael Crichton’s heirs could tell you all about the downside of failing to keep estate documents current. The Jurassic Park author never updated his 2007 will, even though he was dying of throat cancer and his sixth wife was pregnant. His will even included language disinheriting any future children.

His wife, Sherri Alexander, went to court to fight for their baby to be included as an heir, but Crichton’s daughter from a prior marriage opposed the request. In the end, Crichton’s widow won and the baby inherited part of the estate. Still, Crichton could have saved his wife a lot of stress if he had simply amended his estate plan when she was pregnant.

Do you have a new grandchild? Did you recently buy or sell a business? Get a divorce or remarry? If so, contact your lawyer to account for these life events and update your estate-planning documents.

4. Forgetting to plan for disability. Many of us mistakenly think that estate planning is only about carrying out our wishes after we die. But a good estate plan also takes care of you during your lifetime. That’s why you need to file power-of-attorney documents, which will protect you if you become incapacitated.

Sadly, blues singer Etta James signed her power of attorney when she was of questionable mental competency. As a result, her spouse and son fought each other in court over whether the authorization was valid. The court battle lasted until they finally resolved their differences, shortly before James died earlier this year.

A properly drafted power of attorney — and similar documents, like living wills and advance directives — give your loved ones the authority to make medical and financial decisions for you when you aren’t capable. Don’t assume that your spouse automatically already has the legal right to speak or act on your behalf. He or she doesn’t — unless you have the proper documents in place.