Lou Reed Walked On The Wild Side With His Estate Planning

Maybe we shouldn’t be surprised.  After all, Lou Reed was the man who famously crooned, “Hey babe, take a walk on the wild side.”  The late lead singer and guitarist of The Velvet Underground — and of course, a musician and songwriter with a successful, decades-long solo career — may have been a bit wild at times.  But that doesn’t explain why he would be so careless with his estate plan.  This is a man with an estate worth more than $30 million — perhaps substantially more, in fact. 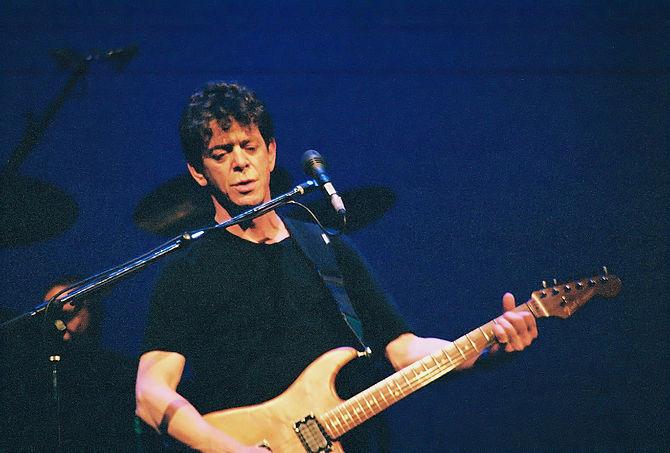 Recent filings with the Surrogate’s Court in Manhattan (that’s probate court, for us non-New Yorkers) show that Lou Reed’s estate has already earned $20,379,169 (give or take a few bucks) since he passed away from liver disease on October 27, 2013, at the age of 71.  This is only the income that Lou Reed’s estate has brought in since his death, from his copyright, publishing and performance royalties and other deals put together under the skillful management of his longtime manager and friend, Robert Gotterer.  Gotterer is one of the two co-executors of Reed’s estate.

Gotterer filed a report with the Surrogate’s Court several days ago, reporting the income and an update on the inventory of the estate.  There are other assets of approximately $10 million, set aside for Reed’s wife and sister, along with $500,000 left to his sister for her to use for the care of their 93-year old mother, in her discretion.  Reed’s wife, Laurie Anderson, and his sister, Margaret Reed Weiner, receive 75% and 25% of the residual of his estate, with the personal property and almost $9 million worth of real estate in New York passing to Anderson alone.

Despite all of the money they’ve brought into the estate, Gotterer and his co-executor asked for relatively modest fees of $220,000.  That’s a drop in the bucket compared to what some executors of musicians’ estates receive.  For example, the executors of Michael Jackson’s estate receive 10% of most business deals they bring into his estate, including the $250 million Sony transaction.

Lou Reed relied on a will he signed in April 2012.  A 34-page will, reportedly, but a will nonetheless.  Why would someone with assets worth tens of millions of dollars rely on a will, instead of a revocable living trust (at the very least)?

That’s the question that doesn’t appear to have a good answer.  The New York Post is all over the probate filings in Reed’s estate, breaking the news over what comes in and out, who gets what, and what everything is worth.  Media outlets across the country have picked up these details and released their own stories about the details and value of Lou Reed’s estate.

If Lou Reed had used a revocable living trust, and transferred his assets into the trust during his life, then all of this information would have been kept private.  No one would know how much he had, whom he left it to, or how much his executors were charging.  That’s a key difference between wills and trusts.  Wills have to pass through probate court to work, which is a public process.  Trusts, when used the right way, avoid probate court entirely.

While most people don’t have to worry about the press leaking details of their financial worth, everyone should strive to avoid probate court.  On top of being public, it’s also expensive, time-consuming, stressful, and more prone to family fighting.  What if Reed’s sister felt she should get more than 25% of his publishing income?  What if Reed’s mother claimed more money for her care?  What if Reed’s wife wanted everything?

It’s much easier to file objections or challenges to a will in probate court, than to a trust which is administered privately, outside of probate court.  Further, it’s much simpler for anyone to leave detailed instructions, with conditions, limitations, and suggestions, in a comprehensive trust document, rather than a will — even one that is 34 pages long.  In fact, trusts can even help you when you are alive, but before you die, by addressing who and how your assets are managed if you are no longer able to do so.  Wills can’t help with that.

Reed obviously knew he was suffering from liver disease.  He signed his will a year-and-a-half before he passed.  He should have updated his plan to include a revocable living trust.  This would have allowed his family to maintain privacy and avoid the aggravation of probate court.

It’s a lesson that everyone else can learn from — even those who don’t have more than $30 million in assets.  So let Lou Reed stick to walking on the wild side when it comes to estate planning.  Talk to your loved ones and clients about the benefits of a revocable living trust.