Was The Michael Jackson Jury Verdict Wrong In Ruling For AEG? 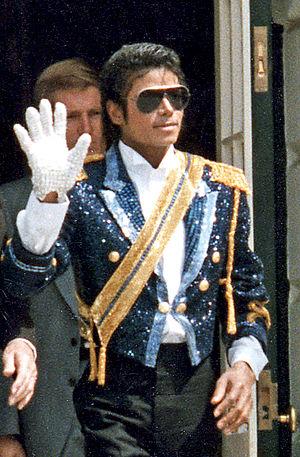 The jury was charged with answering 16 questions, in order, given to them on a jury verdict form.  If they answered any one of the first few questions in the negative, then AEG Live would prevail and there would be no need to answer the remaining questions.

The jury unanimously answered the first question in favor of the Michael Jackson heirs:  AEG Live did hire Dr. Conrad Murray, the jury determined.  This was a hotly disputed issue, with AEG Live arguing that Michael Jackson had hired the doctor himself.  Michael Jackson’s legal team cleared that first hurdle.

Question two pertained to whether Dr. Murray was “unfit or incompetent to perform the work for which he was hired.”  Based on the criminal conviction and the fact that Dr. Murray administered propofol to Michael Jackson in an unmonitored setting, contrary to medical and ethical guidelines for its use, it would seem that this question would have been an easy one for the jury to answer in the affirmative.

This takes a very narrow reading of the words “unfit or incompetent.”  Being a properly educated and licensed doctor does not make one “fit,” at least in the minds of most people.  Certainly, ethics can and should play a part in it.

So does this mean the jury got it wrong?  Not so fast.  While the attention has been placed on that particular question because it was the one that triggered the verdict for AEG Live, the next few questions would have made a verdict in favor of Michael Jackson’s mother and children unlikely, based on how the jury viewed the evidence.

Even if Dr. Murray had been found to be “unfit or incompetent,” the next questions addressed whether AEG Live knew or should have known about his unfitness and whether AEG Live’s conduct was a “substantial factor” in causing Michael Jackson’s death.  Based on statements made to the media, it seems clear that the jury likely never would answered these questions in favor of Katherine Jackson and her grandchildren, even if they did answer the second question differently.

One of the juror’s pointed out how Michael Jackson was used to getting his own way, and if Dr. Murray had not done what he wanted, Jackson would have replaced him with another doctor who would have.  Further, as AEG Live attorneys pointed out throughout trial, the company did not know the specifics of what was going on behind closed doors, between Jackson and Dr. Murray.

This isn’t to suggest that AEG Live was entirely free of any blame — especially if the e-mails that surfaced before trial were indicative of how the company behaved.  Select internal company e-mails were leaked to the media before the trial started, detailing how AEG Live executives e-mailed each other about concerns over Michael Jackson’s health, the immense financial harm that would come if Michael Jackson didn’t perform, and the great respect that at least some at the company had for Dr. Murray.  In other words, concerns were raised, but the company wanted the show to go on.

However, at trial, there were compelling arguments and evidence presented from both sides.  The jury had to balance Michael Jackson’s dangerous choices versus the financial pressure from a corporation who wanted him to perform.  In the end, Michael Jackson’s own behavior convinced the jury that AEG Live’s conduct wasn’t enough to create legal responsibility for his death.

It’s hard to say that this wasn’t a reasonable decision by the jury, in terms of how the law looks at it.  Our legal system has to trust juries to make tough decisions like this, and then to accept their decisions (unless there was a legal error committed along the way).

And for that very reason, chances are good that the verdict will stand up if challenged.  The Michael Jackson legal team can attack it, both by asking the trial judge to overturn the jury verdict, and by appealing and seeking a new trial.  Neither approach will likely work.

Our legal system is built on the concept of letting a jury of our peers resolve disputes after reviewing the evidence and listening to the testimony and lawyers’ arguments.  If enough was presented by both sides so that a reasonable person could decide in either direction, then the jury verdict should stand.

That’s why litigation can be so costly and risky.  No one ever knows what a jury will decide.  It all depends on who is on that particular jury, and what those jury members believe.  This leads most people and companies involved in court battles to settle, rather than take the risk.  AEG Live said it never considered settling, because it always believed the jury would rule in its favor.

AEG’s position was very risky, however, and the jury easily could have decided differently.  And, certainly, AEG spent many millions of dollars in legal fees defending the case.  Most people going through litigation — from estate feuds to wrongful death claims — should think carefully about settling and not taking on the risk and expense of a trial.  No one ever has a crystal ball to accurately predict the outcome.

In this case, AEG Live was proven correct.  Ultimately, the majority of the jury members were not prepared to find AEG Live legally responsible in light of Michael Jackson’s own decisions.  Regardless of how the jury verdict questions were worded, nothing likely would have changed this outcome based on how this particular jury felt about the evidence.  And there was enough evidence presented by AEG’s attorneys to justify the verdict.

So, legally, the jury was not “wrong”.  Even if Michael Jackson’s fans think the verdict was not right.