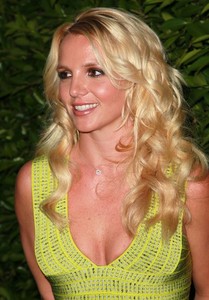 Image by Getty Images via @daylife

Recently, they’ve settled the case and agreed to give Brand Sense a confidential amount of the profits.  The Daily Mail in Britain reported that the settlement  added up to $10 million for Brand Sense.

And that wasn’t the only lawsuit settlement.  Even more recently, Britney’s legal team settled a sexual harassment lawsuit brought by former bodyguard Fernando Flores.  Radaronline reports that the settlement was done to keep embarrassing details about Britney’s personal life quiet.  Despite this, the deposition of Flores from the lawsuit apparently was still leaked, describing how Britney allegedly attempted to seduce Flores and how her father would bar Britney’s now-fiancee Jason Trawick from the house after they fought, sometimes in what Flores called “violent quarrels.”

Then came reports that a third lawsuit, by Britney’s former manager, Sam Lufti, did not settle but instead is set for trial, in September of 2012.  Because of this, Britney’s wedding date has been postponed.  Lufti is suing Britney and her parents for breach of contract, libel and defamation.   As in the other lawsuits, Lufti’s lawyers also want to take a deposition of Britney.

The last thing that anyone on Team Britney wants is for Britney to have to answer difficult questions, under oath, especially where that deposition might get leaked to the media (as in the Flores lawsuit).  So Jamie Spears insists that Britney is not competent, which so far has allowed her to avoid undergoing a deposition.

The downside to this?  They can’t have their cake and eat it too.  If Britney is not competent to answer questions in a deposition, then can she be competent enough to be married?  Likely not, which is why her wedding date is being postponed until the Lufti lawsuit ends.

But, that’s not the only problem.  Most recently, newspapers report that Trawick is negotiating with Simon Cowell’s The X Factor for Britney to be a judge on the show.  Reportedly, they’ve offered Britney $10 million, but she wants $20 million.  She’s even said to be ready to undergo media training to get ready for her judge-ship.

This of course raises the question.  If she’s competent enough to serve as a talent judge on a major TV network television show, how in the world can she be so incompetent that she can’t make her own decisions?  Singing on stage is one thing.  She’s been doing that since she was a child.

But talking, off-script, making talent judgments and providing what would expected to be witty or insightful commentary?  Can someone incompetent do that?

Absolutely not.  If that were allowed to happen, it would turn the conservatorship system (called guardianship in many states) into a farce.  The system is designed to protect vulnerable adults – usually elderly people suffering from dementia, Alzheimer’s diseases or other medical conditions – because they or their property would be at risk of significant harm.  It’s not designed to insulate young pop-stars from having to answer questions in a lawsuit about why a former manager was fired.

Conservatorships and guardianships are needed court proceedings to help protect those adults in our society most in need of protection.  But, that protection comes at a very high price.  Incompetent adults cannot make most decisions for themselves, like selling property or even getting married.

For example, Britney’s LA mansion was recently put on the market for $3 million, nearly $4 less than she paid for it in 2007.  Because of the conservatorship, the house can’t be sold without probate court approval.  This is the type of restriction that is very common with guardianships and conservatorships.

While most people don’t have to worry about conservatorships or guardianships for younger adults like Britney, they are quite common for older adults in our country.  That’s why we recommend that everyone create powers of attorney and living wills, which allow someone to make decisions for another without having to go to court.  But, you have to plan in advance for them to work; once someone becomes incompetent, it’s too late to create a power of attorney.  Then the family often has to go to court to have a guardian or conservator appointed.

Even young adults should have this done, because no one knows when an accident or medical tragedy could arise.  Every adult 18 years and older should have powers of attorney for medical and financial decisions, just in case.

Advanced legal planning can help in most situations involving an incompetent adult, but not all of them.  If you or your loved ones are facing the need to protect a vulnerable senior, we encourage you to work with an experienced elder law attorney to learn the best solution for your family, with the least amount of court-involvement as possible.