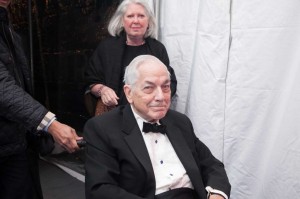 It took less than two months for a parole board to undo all of it.  Three parole board members reviewed medical records, doctor reports, and noted favorably that Marshall paid restitution (about $14.5 million according to the New York Post) and was backed by hundreds of letters of support, many from rich and influential people.

In other words, his wealth and circle of influential friends helped undo everything that the New York criminal system worked so hard to bring about — a starkly needed message to those who take advantage of elderly adults with declining mental capabilities for the sake of their own inheritances.  It’s a growing problem in our society, and examples like the Brooke Astor case are sorely needed to discourage others from expanding the problem.

Yet, faced with growing one’s piece of the inheritance pie or facing eight weeks in jail — even if the unlikely case that there is a successful prosecution — what sort of deterrence is there?

It’s especially problematic because, reportedly, the New York District Attorney’s Office wasn’t even permitted to review the medical evidence submitted to the parole board.  In other words, there was no chance of real opposition to the request.  The best that the prosecutors could do, according to the New York Times, was to submit a letter opposing it and point out that Marshall didn’t look so frail when he attending a black-tie gala event in February of this year (picture above).

On the other hand, Marshall reportedly is suffering from advanced Parkinson’s disease and congestive heart failure, cannot perform his activities of daily living without assistance, and also suffers from a life-threatening swallowing problem.  But certainly, he is not the only inmate in the State of New York with such problems.  Yet less than 400 inmates have received this medical parole since the law allowing it went into affect more than 20 years ago.

The prison system does have hospitals, after all.  Surely there was a way to treat Anthony Marshall without sending a message that criminal exploitation of the elderly isn’t that bad, as this decision suggests.

Now that Marshall received his get-out-of-jail-free card after only 60 days, one has to wonder how useful this example will be.