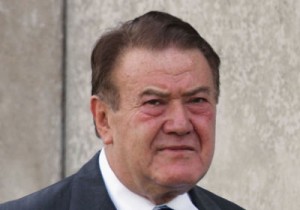 Richard Pratt had a colorful life, until he died at age 74 on April 28, 2009.  A former professional Australian rules football player and stage actor, he inherited his father’s small cardboard business in 1969 and grew it into one of the world’s largest privately-owned recycling and packaging companies.

Pratt peaked on Forbes’ list of the world’s billionaires at number 321 in 2005.  Two years later, his fortune was valued by Forbes at $2.5 billion (in U.S. dollars).  His fortune declined from there, and Pratt eventually admitted to a massive price-fixing scheme, paying a record $33 million fine.  Pratt still managed to wind up as Australia’s fourth wealthiest person, leaving behind a $5.5 billion estate (in Australian dollars).

It was well known in Australian society that Pratt enjoyed the company of mistresses, one of whom gave birth to a daughter by Pratt in 1997.  But it’s another mistress who caused the biggest headache for Richard Pratt’s estate. Madison Ashton (also known as Christine McQueen) was a Penthouse Pet. She sued Pratt’s estate for millions, claiming he reneged on a “business agreement”.

Exactly what type of business agreement?  According to Ashton, Pratt agreed to pay her $500,000 per year if she became his full-time mistress and gave up her lucrative work as an escort.  She claims he also promised her a $100,000 Mercedes Benz, $66,000 per year for her rent and travel expenses, and another $5 million in trust funds for her two children.  Ashton even alleges that Pratt required her to “service” one of his bodyguards so that he wouldn’t spill Pratt’s secrets.

Pratt’s wife of 50 years and the Estate’s legal team said the only thing Pratt ever promised was to help Ashton set up an accessories business.  They feel that Ashton is, shall we say, less than honest.  They claim she was a drug addict who actually settled claims against Pratt before he died, accepting a total of $150,000 after the relationship ended.

This legal dispute is very reminiscent of one we include in our book, Trial & Heirs:  Famous Fortune Fights!, involving the heir to the Bloomingdale fortune, Alfred S. Bloomingdale.  His mistress, Vicki Morgan, similarly sued his estate after Bloomingdale died in 1982.  Morgan claimed Bloomingdale promised her financial support as his mistress, but the case was thrown out. Broke at the time, Morgan moved in with a psychologically-disturbed roommate, who tragically murdered her in 1983.

Morgan’s son then appealed the lost lawsuit and eventually won a $200,000 judgment against the Bloomingdale Estate. How did Morgan’s son win the case?  Morgan had saved letters written by Bloomingdale promising a lifetime of support, which proved to be the difference in the lawsuit.

So could Ashton’s case have similar success?  The newspaper coverage included no mention of similar evidence to the Bloomingdale letters.  Without something strong to corroborate her story, Ashton faced an uphill battle.  On the other hand, Ashton’s case did survive attempts by the Richard Pratt Estate to have the case dismissed, so maybe she could prevail.

To her dismay, the New South Wales Supreme Court ruled yesterday against Ashton.  This time the judge dismissed her case, not doubting that conversations took place in which Pratt said he would support her.  Instead, the Court determined that no legally binding agreement was made.  The judge also ruled that even if there had been a valid claim, Ashton already accepted two settlements which meant she did not have the right to sue for a third payday.

Stories like these do have a lesson, even for those without billions of dollars or mistresses. Far too many people make the estate planning mistake of relying on verbal or written promises that contradict the will or trust.  Lawsuits involving whether the person who died promised something are never easy for either side, because proving or disproving what the person said is not easy.

That’s why putting those promises in writing can undermine what someone really intended with the will or trust, at least where the writing differs from the estate planning documents. Everyone should work with their legal and financial professionals to properly document their wishes, and not rely on verbal or written promises.

If your client is a billionaire with mistresses on the side, no amount of estate planning can prevent a lawsuit like this one.  But for most people, more-common estate battles can usually be avoided.  Comprehensive estate plans, prepared the right way, are the best way to prevent lawsuits over your client’s estate.