Whitney Houston’s fortune bounced from sky-high to significant debt.  What did this mean for her estate?  And was it money — or something else — behind Whitney’s ugly legal battle with her “step-mother”? 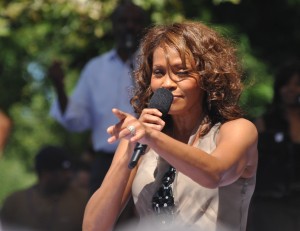 How exactly does Bobby Brown fit into all of this?

This is installment #4 of our Estate Planning Lessons From The Stars series, which is based on the Celebrity Legacies TV show for which we provide commentary as the estate legal experts.  See other articles in the series here.

Before Whitney Houston unexpectedly drowned in a Beverly Hills hotel bathtub at age 48, on February 11, 2012, rumors circulated that she was in such financial trouble that she was nearly broke.  She reportedly died $20 million in debt.

How could that be possible for the singer who signed a $100 million record contract in 2001?  And 2001 doesn’t even rank as her most successful year!  In 1993, Whitney earned $33 million from The Bodyguard soundtrack and gave birth to her only child, Bobbi Kristina.