After a six-month coma, the life of Whitney Houston’s daughter Bobbi Kristina Brown, has tragically ended.  Just how tragic her short life really was may not be known for some time.  But the details that have emerged are nothing short of heart-wrenching, if the allegations of a recently-filed lawsuit filed on behalf of Bobbi Kristina prove to be true.

According to that lawsuit, Whitney Houston’s millions were at the heart of this tragedy.  But what role did they really play in Bobbi Kristina’s death?

It was on January 31, 2015 that Bobbi Kristina was found unresponsive, unconscious, and face down in a bath tub.  That was nearly three years from the day her mother famously drowned, also in a bathtub.  Bobbi Kristina was placed into a medically-induced coma and reportedly suffered severe brain damage.

While various relatives made contradictory public statements over her condition, they cooperated enough to permit her father, Bobby Brown, and her aunt, Pat Houston, to serve together as Bobbi Kristina’s co-guardians, managing her medical care and Read more... Mickey Rooneys Estate Finds Peace, But Will It Last?

A mere five days after the Hollywood acting legend passed away in his sleep at the age of 93, the family of Mickey Rooney was set to appear in a Los Angeles courtroom to fight over where he should be buried. Just hours before the court hearing, the estate reached a settlement — hopefully putting an end to the troubling feud that surrounded Rooney’s family the last few years. 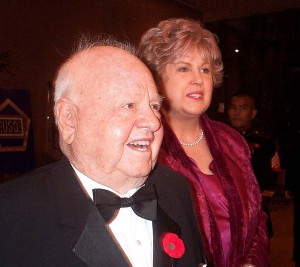 On one hand, Rooney’s family fight should not be viewed as surprising. What else would be expected when a Hollywood icon dies with a new will disinheriting all nine of his children (from eight different marriages), his wife, and all of his grandchildren and great-grandchildren? But a closer look shows how this family feud was far from the typical inheritance squabble we often see when famous people die.

Mickey Rooney’s estate is reported to be worth a mere $18,000 at this point. While his successful acting career spanned more than 80 years, most of Rooney’s starring roles occurred during the movie Read more...

The second richest woman in the world, Liliane Bettencourt, has been declared mentally unfit to manage her affairs by a Judge in France yesterday.  The decision grants control of her financial affairs to her only child, daughter Francoise Bettencourt-Meyers, and grandsons Jean-Victor and Nicolas.  Bettencourt-Meyers has been fighting for years to protect her 88-year old mother, who has been victim to financial exploitation to the tune of more than one billion dollars, according to an earlier lawsuit.

Bettencourt suffers from “mixed dementia” and “moderately severe” Alzheimer’s disease, according to a medical report relied on by the Judge in making her decision.  Her mental decline sparked a family court fight.  It began three years ago when Bettencourt-Meyers started a lawsuit to protect her mother from photographer Francois-Marie Banier, who she claimed had charmed the elder Bettencourt out of assets worth almost one billion euros (about 1.4 billion dollars).  She also named Banier as sole heir in a new will and as beneficiary to vast life insurance policies.

Bettencourt was so furious Read more...

Is 94-Year-Old Zsa Zsa Gabor Going To Be A New Mother?

Zsa Zsa Gabor has always been associated with glamour in Hollywood — queen of film and television over the course of a five-decade career, married nine times, and even able to parlay a famous slap of a police officer into a career revival.  In fact, she has recently been called “the first and probably biggest Hollywood celeb to become famous for being famous.” Aptly put.

But when does pursuing fame cross the line for a 94-year old? That point may have come this week, when her husband of 25 years told the media that he had started the process of donor matching and blood work so he could turn Zsa Zsa into Ma Ma.

That’s right, the esteemed Prince Frederic von Anhalt is planning to arrange for an egg donor, surrogate mother, and artificial insemination to allow Zsa Zsa to once again enjoy the wonder of motherhood.

Why in the world would he do this?  He said that he wants someone to be able to carry on the Gabor Read more... In stepped Ryan O’Neal. He obtained a signature on a document that gave him full control of Read more...