I Love Lucy star Lucille Ball died more than 20 years ago — on April 26, 1989, at the age of 77.  So why did her daughter rush to court last week to save awards, love letters and other personal items of the famous comedienne? 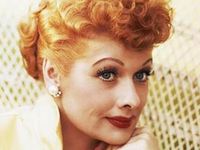 Reportedly, when Lucille passed, she left love letters between she and her first husband, Desi Arnaz, along with her lifetime achievement awards, photographs and other items to Lucille and Desi’s daughter, Lucie Arnaz Luckinbill.  But, apparently, Luckinbill never claimed the items from Lucille’s estate and lost them.

So they ended up in the hands of Susie Morton.  Morton is the widow of Gary Morton, who was Lucille Ball’s second husband.  After Lucille passed, these items, along with a Rolls-Royce, were passed to Gary Morton, and then onto Susie after Gary died.

Susie Morton placed the items up for sale at a Beverly Hills, California auction house, with the sale set to start this past Saturday, July 17, 2010.  When Luckinbill’s attorney threatened legal action to Read more... First, consistent with prior media reports, charity gets Danny was not even told of the initial court hearing. He was not given an attorney. At a Read more...

Did insurance fraud led to murder of an elderly woman?

The Stephen Hilbert family is well known in Indiana.  Hilbert founded insurance giant Conseco, which he ran until he was forced out because he owed the company hundreds of millions of dollars.  When the company sued Hilbert to collect the giant debt, he tried to hide behind a series of trusts to shelter his fortune.  Our book, Trial & Heirs:  Famous Fortune Fights!, includes the Hilbert story to highlight what trusts are not intended to be used for.

But now Stephen Hilbert and his family are in the news for a different reason.  Hilbert’s mother-in-law, Germaine “Suzy” Tomlinson, died under very questionable circumstances on September 28, 2008 at age 74.

Her death was ruled an accident.  Hilbert and his wife aren’t so sure.  Tomlinson was found fully dressed, face down in her bathtub, where she had drowned after a late night of drinking at a night club.   [See picture which reportedly was taken the night before she died]

There was broken glass, a shelf knocked over and a