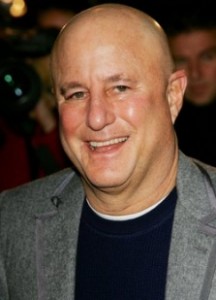 Instead of following this wish, Ron Perelman did just the opposite.  He filed several lawsuits against Robert and James, despite the fact that Robert was in his eighties and had been ravaged from a severe form of Parkinson’s disease that left him paralyzed and barely able to speak.  Why?  Ostensibly to protect his daughter.  But the Cohens say it was a hostile takeover attempt of their valuable Hudson Media enterprise.

Perelman’s lawsuits claimed many things, but the primary allegation was that the Cohens were supposed to give money to Samantha.  A whole lot of money, in fact.

Perelman felt she was entitled to one-third of the Hudson Group and claimed Robert had even promised to give one-half of his entire fortune to Claudia (and therefore, it would have gone to Samantha when Claudia died, the claim went).  Perelman hired aggressive lawyers and battled as hard as he could — even subjecting Robert to two days of testimony, despite the fact he was in a very frail condition, all the while arguing that Robert was not mentally competent.

When the dust settled, Perelman lost on every claim.  The Judge over the primary case expressed her shock at the claims.  She expressed her outrage about Perelman stooping to sue a severely disabled and dying man so that his extremely wealthy daughter would receive the same amount of Robert Cohen’s fortune as Robert’s only living child.

In the process, Perelman spent legal fees that reached into the millions.  And all of it was for nothing.  Despite his dramatic defeat, Perelman still isn’t ready to give in.  The CNN Fortune article says that Perelman is appealing, or preparing to appeal, each and every claim he lost.  You can read the whole article here.

And who paid for these millions of dollars in legal fees?  Not Perelman.  Rather, it was his ex-wife’s estate.  In other words, it came from the money that was left for Samantha.

Along with the monetary cost, Perelman’s aggression seems to have fractured the very relationships that Claudia desperately wanted to protect, according to her will.  18-year-old Samantha filed affidavits and even testified against grandfather and uncle, fully supporting her father.

Not exactly fostering the family relationship, is it?

It’s a sad story, all the way around.  But, as with all of these family fights over money, it shows just how important good estate planning is.  While it can’t stop every estate battle, the proper legal planning is the best prevention.

Of course, when the person in charge of the estate or trust chooses to start a fight that should never be started, it doesn’t matter how good the planning was.

So, when you prepare your will or trust, make sure you choose your executor or trustee wisely.  Certainly, Claudia would wish she had.

On the other hand, some have argued she didn’t really make this choice at all.  Interestingly, Perelman only became her estate executor when Claudia changed her will one month before she died, while she was in the hospital fighting a losing battle to cancer.

Posted by:  Andrew W. Mayoras & Danielle B. Mayoras, co-authors of Trial & Heirs:  Famous Fortune Fights! and co-founders and shareholders of The Center for Probate Litigation and The Center for Elder Law in metro-Detroit, Michigan, which concentrate in probate litigation, estate planning, and elder law.  Andrew & Danielle are husband and wife attorneys.