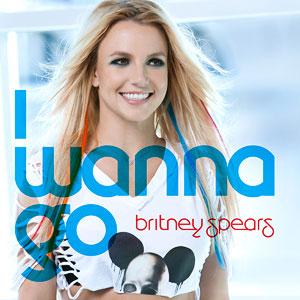 What thirty-one-year-old Britney doesn’t look like is someone who is legally incompetent, unable to make decisions about her own life.

Conservatorships (and guardianships, as they are called in most states), are among the most drastic court proceedings around.  People under conservatorship or guardianship lose the right to make even the most basic decisions for themselves.  Getting married, spending money, choosing where to live, visiting doctors … people like Britney Spears can make none of those decisions for themselves.

These are legal proceedings normally saved for elderly individuals with dementia or Alzheimer’s disease, or people with severe developmental disabilities.  They are necessary to help those who are unable to protect themselves.  They weren’t created as a legal means to protect valuable careers.

Britney Spears conservatorship situation was supposed to improve when she became engaged to her agent, Jason Trawick.  He became her co-conservator for non-financial decisions, along with Britney’s father, James Spears.  James and an attorney remain in control of all of her financial matters.

This past Friday, Jason Trawick was permitted to resign as her co-conservator and the engagement was called off.  The former couple released statements touting how much they still care for each other, but they mutually decided to end it.  Britney’s publicist called it a “difficult decision made by two mature adults.”  But, only one of those adults is considered mature enough to make his own decisions in life.

Perez Hilton blogged that the reason for the break-up was that Britney resented Trawick controlling her life and acting as a babysitter rather than a romantic partner. There have been many reports before that Spears was fed up with the conservatorship and being treated like a child with no rights over her own life.

However, Britney is said to have a psychological condition, such as bipolar disorder, that justifies the continued need for conservatorship.  Obviously, there is a great deal about her situation that the general public doesn’t know.  But many people have psychological disorders without having their most basic rights stripped away from them.  The question is, for how long does her condition and past meltdowns continue to justify this extreme remedy?

There is no question that Britney’s father, James Spears, did the right thing filing for conservatorship to protect her.   He likely saved her life, and certainly saved her career.  Under his management, her assets grew to $27.5 million by the end of 2010, according to accounting records filed in the conservatorship.  Surely that figure has grown significantly through 2012.

But, does that justify the conservatorship indefinitely?  Shouldn’t Britney be given a second chance to live her life as an adult at some point?  Will it take another five years?  Longer?

That no longer appears to be an issue.  The last, and most troubling, of the lawsuits was dismissed a couple months ago.  Britney’s former manager, Sam Lufti, launched an ugly suit against Britney and her parents.  When the trial started, Lufti’s lawyers focused on Britney’s crazy behavior from 2008, trying to make the case about her chaotic past rather than what the case should have turned on — did Lufti have a valid legal contract with team Spears that was breached?

The Judge was not impressed with Lufti’s case and threw it out midway through trial.  Lufti wasn’t able to subpoena Britney into court to testify, as he tried to do.  The conservatorship was a big reason why Britney was protected from testifying.

There is some continued concern because Lufti has the right to appeal the Judge’s decision to dismiss his lawsuit.  In fact, Lufti vowed to do exactly that.  James Spears and his lawyers likely worry that if the conservatorship ends right after the Lufti lawsuit was dismissed, and while the case is on appeal, it would appear as if the conservatorship was merely a cover to protect Britney from the lawsuit.

If she can be trusted to mentor children who want to be superstars, judge performers for millions of dollars, record albums and go on tours, her rights to be treated as an adult in her own personal life should be restored.  It can be done over time, and in stages, starting with her basic personal decisions and onto her financial and career decisions down the road.

One has to wonder if she wasn’t worth tens of millions of dollars, would the conservatorship have lasted this long?

Conservatorship and guardianship proceedings have an important place in our legal system, particularly when an elderly, vulnerable adult or someone with a developmental disability needs protection.  But they should be used with caution, and only when truly necessary.

There are alternatives to court proceedings like these that are available for most families concerned with a loved one in need of protection.  Experienced estate planning attorneys an help.