Celebrity gossip websites ran a story last week claiming that Whitney Houston is “broke as a joke.”  They even quoted an unnamed (of course) source claiming that Whitney would be homeless if not for the generosity of friends.  She called someone to ask for $100, the story goes.  If true, that would be quite a fall from financial grace for the singer who signed a $100 million record deal in 2001. 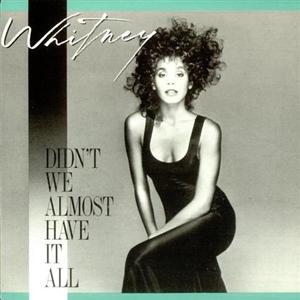 Whitney’s camp quickly denied the rumors and says they are “false and ridiculous“.  Her rep points out that she just made a movie called Sparkle, with Jordin Sparks, and she didn’t work for free.

If Whitney is in need of money, she has another source she can pursue.  Don’t be surprised to see Whitney Houston foreclose on her step-mother’s home soon.

Why would Whitney Houston do that?  She recently claimed victory in the Federal Court of Appeals for the Third Circuit, in a sometimes-ugly lawsuit against the woman who married her father. That step-mother, Barbara Houston, had sued Whitney back in 2008.   When Whitney’s father, John, died in 2003, Whitney was received one million dollars as the beneficiary of a life insurance policy.

Barbara felt that money was really meant to benefit her.  Whitney had lent her father a great deal of money, some of it to buy a house that John lived in with Barbara.  When John Houston died, Barbara inherited the house.  Because of that particular loan, Whitney owned the mortgage on the house.

Whitney was not pleased.  She counter-sued, pointing out in a public court record that Barbara met her father while she was a “custodial care service worker” (in other words, a “maid”), cleaning his house.  Barbara was 40 years younger than Whitney’s dad and starting dating him when he was still married to Whitney’s mother.  Whitney also brought up the fact that John and Barbara were married shortly after he divorced Whitney’s mother.

As part of this lawsuit, Whitney also sought a judgment for the mortgage to be repaid, with interest, which totaled about $1.6 million by then.

Barbara and her lawyers brought up several letters, written by various accountants.  They argued to the judge that these writings suggested the insurance policy really was meant to repay the mortgage.  The problem was that there never was a written agreement between John and Whitney Houston documenting this, and everyone from Whitney’s camp denied they had an agreement. Instead, Whitney pointed out that she lent her father lots of money, and this insurance policy meant to repay other loans, not the mortgage money.

The Judge agreed with Whitney and dismissed the lawsuit, without holding a trial, in late 2010.  Barbara filed an appeal. Late last month, the Federal Court of Appeals dismissed the appeal and upheld Whitney’s victory.  This ruling clears the way for Whitney to proceed with foreclosing on the house.

Given the obvious disdain Whitney has for Barbara Houston, as made evident in the lawsuit, the foreclosure will likely follow, paving the way for Whitney to own the house and kick Barbara to the curb.

At least this would give Whitney someplace to live, if those “broke as a joke” rumors are true.

Yes, this family feud turned ugly.  It’s not uncommon when someone dies with a newer spouse and adult children from a prior relationship.  In these families, the proper legal planning is more important than ever.

Clearly, John Houston intended the life insurance money to repay Whitney for money she lent him.  But what money?  No one knows for certain … although it’s interesting that one of Whitney’s accountants actually credited the life insurance money against the mortgage after John died, before later reversing the credit.  Other writings supported Barbara’s claim that this was what John intended all along.  But none of those writings were signed by John or Whitney, so the confusion remained.

The best way for most people to prevent confusion like this from sparking family fights after someone dies is good estate planning, including a will and trust that clearly and completely document the person’s wishes.  Life insurance goes hand in hand with this planning, and beneficiary designations should be coordinated with the estate planning documents.  Without proper estate planning making the intentions clear, court fights in second-marriage families are to be expected.

Don’t let this happen to your loved ones, or to your clients!  Encourage them to work with experienced estate planning professionals and put the right legal planning in place, before it is too late.